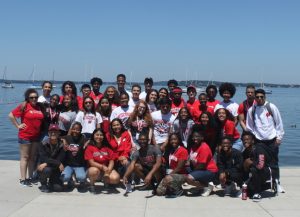 Posse is one of the most comprehensive and renowned college access and youth leadership development programs in the United States. In fact, President Barack Obama said in an interview in The Chronicle of Higher Education, “One of this year’s MacArthur awardees—the ‘genius’ awards—is an innovator named Deborah Bial. She proposed a model to identify promising students from…urban backgrounds using an alternative set of qualities as predictors of success in college. …The students that are selected form a ‘Posse’ and are provided with extra supports, and end up graduating from selective colleges with a very high success rate.”

For 30 years, Posse partner colleges and universities have welcomed Posse Scholars onto their campuses. They have awarded an incredible $1.6 billion in leadership scholarships to these young people and have seen their success not only as leaders on campus, but in these students’ 90 percent persistence and graduation rate. Posse’s partners are investing time, energy and resources in the promotion of equity in education and social justice. They believe in the intelligence, talent and dreams of young people who might not always show up on their radar screens, and are giving them a chance to excel.